Police are looking for heavily armed suspects after robbing a filling station in Welkom at a gun point, bombed a drop safe and fled away with undisclosed amount of cash.

Lejweleputswa police spokesperson Stephen Thakeng said the incident ensued on Friday, after the armed men wearing balaclavas entered the premises and demanded that the cash registers be opened, and continued to take the money at the filling station.

“The cashier and his colleagues were instructed to open the cashier cabin [safe] and cash was taken from cash registers.,” said Thakeng.

He further added that during the robbery, one of the suspect entered the store with an automatic rifle and then bombed the drop safe.

“The suspects fled from the scene with a green BMW with a GP registration number. After the suspects’ vehicle [description] was circulated, members of Welkom K9 Unit spotted the BMW,” said Thakeng.

Thakeng said the police gave the suspects a chase until the suspects stopped between Harmony Village and Harmony Academy.

“A shootout between the police and suspects ensued, suspects were using an AK47 rifle,” he said.

Thakeng said the police vehicle was riddled with bullets but no one was injured.

He added that, the suspects flee the scene and their car was found to have been set alight and burnt beyond recognition.

Cases of business robbery and attempted murder are being investigated by the police.

“Should anyone with information leading to the arrests is urged to call provincial organised crime on 076 423 5295 or the police emergency number 08600 10111,” pleaded Thakeng. 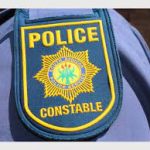 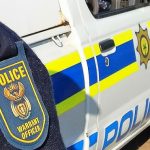 Four armed suspects on the run after clothing store heist! 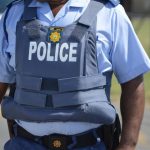 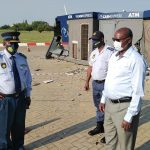