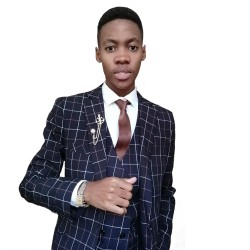 It’s never a dull moment in the world of news, as we all know, news happen every semi-seconds, a day never pass without outrageous news events pack.

On Tuesday, June 21, political parties and the nation as a whole raged over the delayed release of the part five of the state capture report by chief justice Zondo.

The matter escalated once it was uncovered that the chief justice and President Cyril Ramaphosa held a telephonic meeting on the day scheduled for the state capture report’s release.

This call took place before the announcement of postponement.

The main concern was not over the postponement, but the fear that the report would be tempered with to exonerate President Ramaphosa for his involvement in the corruption cases investigated.

Few hours later, the scandal quickly passed after the President held a joint press conference with the chief justice in the name of ‘transparency’ on Wednesday, June 22.

Zondo’s final report, concluded after more than four years of intense work, was finally handed over to Ramaphosa and publicly released late on 22 June.

This is where the report revealed that Gupta family allegedly benefited R15.5-billion from the state capture, while big names who were officials during the looting were exposed.

Now the fate lies with the National Prosecuting Authority to go-ahead with the prosecution.

Just when many thought they had seen and heard it all, something the whole country longed for happened.

He annpunced that government, decided to lift all remaining Covid-19 restrictions, inclusive of mass gatherings limitations and the wearing of the masks.

Many took to social media platforms to express their excitement over the lifting of the restrictions.

However, joy did not last longer, as the country woke up to news of the first Monkeypox case detected.

It became irony and questionable that within only few hours apart, masks were declared not mandatory and a Monkeypox case was registered.

People felt toyed with, while many speculated the motion to be a propaganda by the government to re-launch the vaccine programme, since the Covid-19 mass vaccine programme failed drastically.

South Africans still have a lot of unanswered questions. Do the chief justice and the president have something to hide?

Was the lifting of wearing of masks a strategic move? Could the government indeed be attempting to indirectly vaccinate the nation by force? Or are these just conspiracy theories?

Ex-state headman Jacob Zuma through his Jacob Zuma Foundation, has slammed the final instalment of the state capture report, after he termed it as unlawful and filled with gossip.

In a held briefing on Saturday, the Zuma Foundation, spearheaded by Zuma’s legal team, his daughter Duduzile and the foundation’s spokesperson Mzwanele Manyi said the report is biased and favours president Cyril Ramaphosa which indicates factional support.

Zuma was expected to be at the briefing but he was a no show, while it was specifically indicated that he would be present.

Regarding the report – Manyi said Zondo himself could not hold back his political and factional support for Ramaphosa. 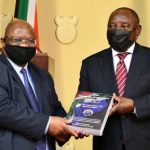 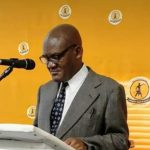 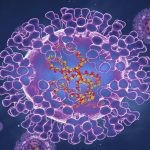 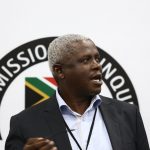 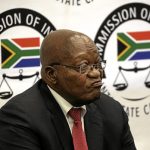 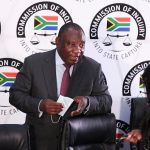