The Matjhabeng city council has finally conquered the edge as the new mayor has been elected, after tardy time-frame.

The process to elect the circle city’s new leadership for the next five years, has been plagued with delays.

On Monday, 29 November, Matjhabeng welcomed former member of parliament Thanduxolo Khalipa as the new mayor, taking over the embattled municipality.

Khalipa who had a long spell as the defiant member of the African National Congress (ANC) within the region of Lejweleputswa, steps in the shoes of the outgoing mayor Nkosinjani Speelman, who is reportedly heading to provincial government from a horse’ mouth.

Khalipa who is set to retain the mayoral chains, is among the group of five mayors inaugurated within Lejweleputswa District to serve their respective municipalities.

Conveying their words of encouragement, Matjhabeng Young Professionals Networking endorsed the swearing in of Khalipa as mayor of the municipality.

“This view is informed by Cde Khalipa’s distinguished career as a community activist and leader. He has demonstrated over the years his ability to serve his people selflessly without fail,” said the movement chairperson Lebogang Kgositsele.

“After years of maladministration and corruption under the erstwhile leader Speelman, the community of Matjhabeng deserves a leader of Cde Khalipa’s caliber,” he added.

“Someone who loves the people of Matjhabeng and will do whatever it takes to address their needs,” he further addressed.

In Matjhabeng, the ANC won the majority seats during the local government elections with, 53.48%, followed by the Democratic Alliance with 21.74%, while the Economic Freedom Fighters stood in the third position with 11.55%. 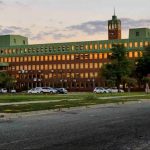 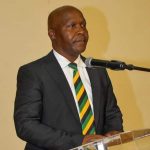 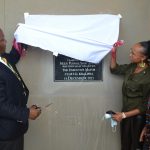 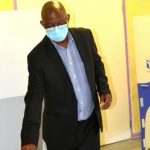 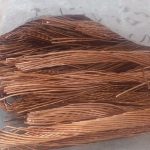 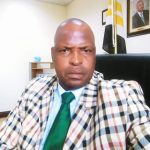 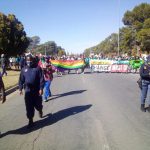 Matjhabeng Shutdown: Calls for Mayor Speelman to step down