The 63-year-old woman was asleep with her daughter when she was awoken with a firearm pointed at her in Makeleketla, Winburg.

The victim was stabbed with a sharp instrument on her chest, as she was feeling weak and bleeding, the victim called for help and the suspects fled the scene.

This shocking incident happened during the midnight on Friday, 26 Novembe, when house robbery breakers entered the house in the early hours of the morning at about 01:50.

“This African man with a firearm was demanding cash and cellphones, and she screamed for help,” said SAPS spokesperson captain Stephen Thakeng.

“The second African man came closer and instructed her to give money, otherwise they will kill her. She screamed again and the two suspects fled from the house on foot,” he said.

It is further reported that the daughter called the police, and she was admitted in a hospital for medical treatment.

A case of house robbery was registered for further investigation.

Anyone with information leading to these armed house robbery suspects, is urged to contact detective warrant officer Sanet Smit of Winburg Detective Services at provided telephone number: 051 881 8300 or cellphone number 082 301 9668 or alternatively contact the police emergency number on 08600 10111 . 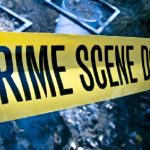 Suspect arrested for robbery at an old woman’s house 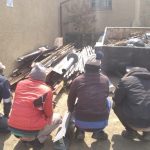 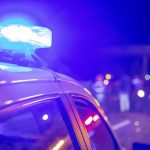 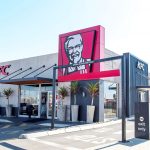