This was after the body of a 24-year-old woman from Matwabeng, Senekal was found dumped near Liebenbergsvlei River outside Bethlehem.

Suspect was arrested on Thursday, 07 October 2021, in Bohlokong near Bethlehem by Bethlehem SAPS after thorough investigation was conducted.

The 24-year-old woman was last seen on 22 September 2021, by family when she left home to Bethlehem for her ID. According to family she was phoned many times but could not be reached.

It is alleged that on 26 September 2021, a community member passing by an open field saw a naked female body lying on its back with clothes next to it.

A blue pair of jeans; an underwear; and a black men’s waist belt with buckle found underneath the body are items found next to the corpse.

She sustained an open wound on the left side of the head. Her face was swollen and started decomposing.

A postmortem was conducted which revealed that she was raped and murdered. Therefore, police were investigating case of rape and murder.

The case has been postponed to Wednesday, 20 October 2021, for formal bail application whilst the suspect remains in custody. 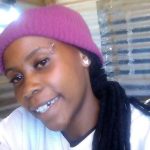 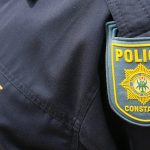