Tshediso Winter Lesole better known as “The Author of mind stories” details how he has endured all setbacks in his life to be where he is currently.

The goal-orientated Lesole is determined to find his notch in telling inspirational stories and to be more than an author, but a resilient storyteller.

The 38-year-old hails from Phomolong, Hennenmann, and he scratched his first nail at Phomolong Primary School and later headed to Unitas High School in Welkom .

However, he went to Meloding, Virginia where he obtained his Grade 12 at Reatlehile High school.

Speaking about how writing manifested in his whole life, Lesole says that he streamlined his interest in writing novels.

This motivational speaker has published his multiple books in his life to inspire others to reach their full potential.

“I developed a desire to write at an early phrase of my life, I use to write poems, love letters, messages of condolences, basically I have always been good with words, I think I am more good with writing of word than I am on anything,” says Lesole.

“I enjoy writing, it contains me.

“Well it was only recently, I think in 2015 when I decided to write for public, I published some of my work in social media and people’s respond was exceptionally well, they liked my stories to an extent where some advices me to go beyond and become a professional author but still I didn’t think I was ready,” said an author.

He went on saying that late last year, while he was just sitting at his office listening to radio, he overheard a caller seeking looking for authors who want to publish their work.

At this time, he thought about trying his luck, and he then called this person who was willing to offer a helping hand.

He initiated a call after the show, and after their conversation, both parties reached an agreement, and he sent him a manuscript and he was blown away by the author’s work.

What really shocked him was that Lesole had already given him a work of about 10 books all at once.

So yes they edited and published a book and people enjoyed the book.

“It has not been easy because it requires a lot of time and energy but it helps because I am doing what I like. I could not wish it other way.

“I intend to make my mark in this industry until I go into telenovela and maybe theater I have been called by people in the industry telling me that they see potential in me but I just didn’t take their word real because I was not ready, I don’t regret it because I didn’t know what I know now, I was not as equipped as I am now,” he says.

“I remember in Standard 6 (Grade 8) we were given an assignment to write anything about a specific teacher in our school and whoever won his or her work will be published in the school news paper and the winner will benefit money and I won and that was my moment but still I didn’t pursue it further”, said Lesole.

As he was continuing saying “In this path you have to be open but not too trusting to anyone. There are people who steal other people ideas and projects claiming to be publishers only to scam you and make money with your hard work.

His advice to other authors is: “Always try to limit what you tell people in this industry”.

Lesole says he’s now in the process of editing two books, he is keen to publish them soon.

As he’s mostly referred as a jack of all trades, Lesole also has his leg twisted in the area of performing arts.

He state that he want to share his work with people who appreciates his talent.

His dream is to make an empire that would employ people, He would love to see people performing his art and making a living out of it.

“It is always in your best interest to do what you will love and enjoy because time wasted can never be regained. Writing is easy and everyone can write however it takes a good story teller to write a piece that will capture people’s hearts.

“I say give yourself a chance to identify your strong point, it may not necessarily be in the writing genre but find time to explore, leave that stigma of what will people say and focus on yourself and your goal, it can only be a milestone if it’s accomplished,” allude Lesole.

He says that he wishes his followers well in their own paths respectively.

He love and appreciate their support and he intend to give them more fiction stories that will make it worth their while.

Lesole likes reading, from all sorts of books and magazines but there are four gentlemen in the theatre era who makes him love the art of writing.

Amongst notable writers, Lesole says he is inspired by the likes of the late Sesotho novelist Kgotso Maphalla, as he states that he used to write with elegance and he was a good story teller.

“I am inspired by the likes of ntate Jerry Mofokeng and Dr. Khotso Nkhatho, they attribute humanity and they pride our Sotho language together with our culture.

“They stand for our values respectfully,” adds Lesole.

His dream was to work alongside the late Shona Ferguson, however all that didn’t happen he says “But God had other plans.”

Lesole is available on Facebook known as “The Author of mind stories”.

For bookings he can be reached on Whatsapp: 0657273320. His available for people who may be interested in booking him for events that incorporates of offering motivational speech. 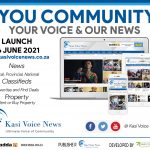 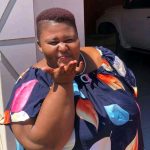 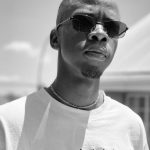 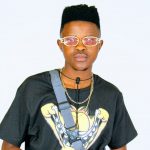