Tweeling: Police are searching for a man who vanished with a 3-year-old child after assaulting a girlfriend in Mafahlaneng, Tweeling on Monday, 04 October 2021.

A female complainant alleged that she was walking on the street when she was approached by her former boyfriend who asked why she did not bring the child.

The mother of the toddler said, she told him that the child was sick.

She further alleged that he started assaulting her, took the child and ran away with him.

The police received the report of the incident and swiftly attended it.

However, the suspect disappeared in the houses around Mafahlaneng, Tweeling during the chase.

The suspect is a 55 year old African man wearing a blue tracksuit top and black tracksuit pants with stripes on sides.

He contravened Protection Order states that the respondent must not, assault, insult, enter the residence of the complainant and he must not get involved with the child.

We therefore need community assistance to trace the suspect and reunite the child with the mother. Any person who can see the suspect can contact D/WO TSELE at 0735138281 or Tweeling SAPS Station Commander Capt Mtholo at 0824196709. 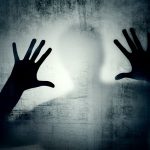 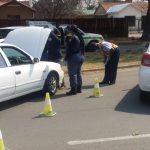 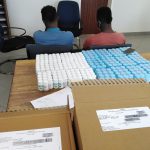