Gang wars in Bultfontein result in loss of two lives and 12 youngsters with their fate in the hands of justice.

A BTK (Born To Kill) gang member was attacked and killed by a rival gang called Mapotoketsi (Portuguese) on Monday, 27 September 2021, in Bultfontein.

Four suspects were arrested in connection to the murder. Three others, who are well known are still on the run.

In a revenge, members of BTK attacked and killed a Mapotoketsi gangster. One suspect was arrested regarding this murder.

On trail day, Welkom Public Order Policing Reaction Team was called to intervene in a gang war. While on patrol in Tambo Section, Phahameng, the team spotted a suspicious group of young men was spotted.

The group was identified as members of BTK. They were walking in the streets carrying large dangerous objects including machetes.

The following weapons were found in their possession: Okapi knife; stainless steel knives; a blue home-made knife;and an axe.

In addition, three knives; two home-made spears; and two knob-kirries were found in an open space in Tambo section. 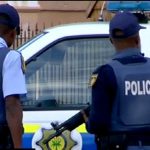 Fight between colleagues ends in bloodbath 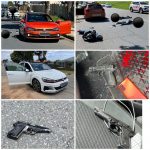 Picture collage of images from the shootout incident between authorities and highjackers.
Trio suspects fatally wounded, duo in custody after shootout with police 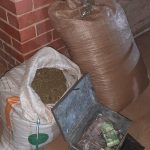 Operations nab offenders over the weekend 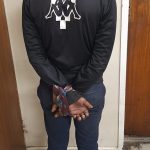 SAPS member injured during shootout between police and poachers 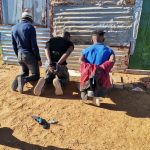 Trio arrested for possession of unlicensed firearm and ammunitions