The aim of this operation is to ensure visibility, prevent crime in general, enforce Covid-19 pandemic regulations.

In his address Brigadier Mojafi encouraged members to enforce the law and stamping the authority of the state.

“Closetarvens, search all people found in the streets as well as motorists especially during curfew hours,” addressed Mojafi.

Second in command, Brigadier Ramorena-Tsoai stressed that the corporate image must be adhered to and ensure that law abiding citizens are protected but deal decisively to those not complying with the law of the Country.

All police vehicles on patrol switched on their blue lights to raise awareness.

Members in action at a Safer Festive Season Operation roadblock.
Lejweleputswa District police continue to ensure safety on the roads 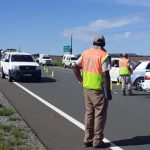 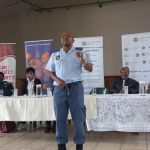 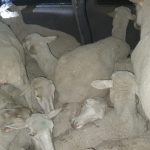 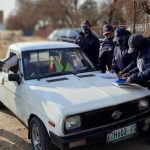 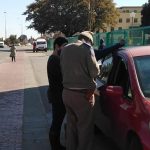