The accused was arrested by the Hawks’ Series Commercial Crime Investigation team based in Welkom.

It is alleged that Vogel made internet transfers from GP Control Valves and Engineering bank account to Hermit Property Investments Bank account, and later transferred the money to her personal bank account. These fraudulent activities allegedly took place between September 2014 and January 2020.

The company suffered a loss of more than R2.5 million as a result of Vogel’s activites.

The matter was then reported to the Hawks’ Serious Commercial Crime Investigation for further investigation which concluded the arrest of Vogel and her first appearance in court.

The case against Vogel has been remanded to Monday, 27 September 2021 and the accused was released on a R10 000 bail.

In hot waters for fraud charges

Duo in court for fraut 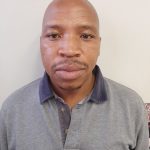