Edward Abraham (37) a Durban-based attorney appeared before the Bloemfontein Magistrates’ Court on Wednesday, 18 August 2021 where he faced charges of corruption.

It is alleged that on Thursday, 10 June 2021 Abraham approached the High Court clerk in Bloemfontein and requested him to fast track the signing of the defaults judgement documents. It is further alleged, that the attorney offered the complainant an amount of R100 per document whereas the services requested by the attorney is for free.

The matter was reported to the Hawks’ Serious Corruption Investigation Team Bloemfontein. On Monday, 18 August 2021, an operation which led to the arrest of Abraham was conducted. This was after the Abraham paid an amount of R200 to the complainant for two default judgement documents. An amount of R200 and a cell phone was seized during the arrest.

The case against Abraham has been postponed to Monday, 04 October 2021 for further investigation, and the accused was released on R1 500 bail.

The High Court clerk was congratulated by Major General Kubandran Moodley for reporting the matter to the police. The Major General also emphasized that this arrest will serve as an example to those who are planning similar activities that no one is above the law. 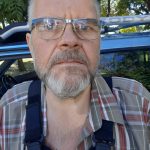 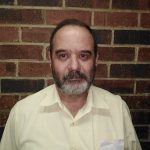