At around 22:00 on Sunday, 04 July 2021, CUT’s Bloemfontein Campus students marched to the university’s facilities to raise their concerns.

Citing their concerns, students are calling for a timely and adequate allocation of monthly allowances.

It is alleged that, there have been claims of tender irregularities with Fundi as an agency responsible for distribution of funds.

Concerns were raised regarding the matter, but the university gave the green light to the elections anyway.

Another matter students raised includes of unfair treatment and unethical suspension of students.

“The former SRC president is no longer allowed on the varsity’s premises because he is accused of terrorizing the staff and students when the only thing he does is fight for the allowances that the students are still not getting to this day,” said an anonymous former SRC member.

”There is a case whereby the reinstated vice chancellor,” source revealed to Kasi Voice News.

The issue of collapsed Assessment and Graduation Unit that has failed to rectify students’ marks from the previous academic year is also another issue that led to the protest.

Mob of students gathered at the entrance of the institution with burning tyres and chanting struggle songs, law enforcement personnel arrived at the scene and opened fire.

They used rubber bullets to disassemble the crowd.

“We facing lots of problems at school. Not just allowance thing but the campus is doomed,” source who preferred to be anonymous revealed to Kasi Voice News.

“Every year, students go over same thing, having to fight in order to receive their allowances, CUT management does not send results to NSFAS then it decided to cut some students from getting NSFAS funding,” he further added.

One of the protestors revealed to Kasi Voice News that, there are students repeating modules due to the poor system facilitated by the University.

“We have students that keep failing modules. When the matter is raised with lectures, they are rude to us or instead they will tell us we are misleading them.”

Then they give tests, assignments and exams to be written and submitted mostly during the day or have 24hrs available online with 4hrs some it’s even 2 hrs. timer,” they said.

Students addressed that they have been engaging with SRC regarding these crucial matters, but it has turned a blind eye.

“They don’t update us with anything, instead they take decisions with the management deprived of engaging with us,” students stressed.

(This is a developing story.) 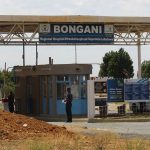 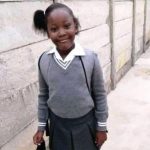 Emotions high as Bokamoso Shabe is laid to her final rest! 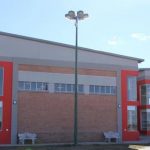 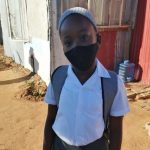 8 thoughts on “CUT students take matters into their own hands”