The renowned author Reboni Tau has launched the book titled “The rise and fall of the African National Congress Youth League (ANCYL)” that speaks vividly about the downfall of the right wing of the big elephant, ANC.

In his book, Tau who is a former member of the ANCYL National task team, said that corruption led to the degeneration of the glorious movement that was formed in 1944.

During the virtual book launch administrated by the University of the Free State, Tau spoke firmly on how the ANCY started to dwell in pool of darkness prior to 2005 when factions arose.

“The fall of the ANCYL dates back to 2005. The major impact that led to splits in the ANC started when former President Thabo Mbeki  fired then Deputy President Jacob Zuma due to allegations of corruption,” she said.

Tau also added that, this is when the youth structure followed the mother party to  adapt factionalism within the organisation as the other part sided with Mbeki while others went with Zuma.

The book further details that, as preparations went underway for ANC Polokwane Conference in 2007, the culture of political battles emerged within the ANC that also fuelled to its right and left wings.

“At this moment, the youth movement is existing within the factionalism of the ANC. The environment is so toxic and it becomes difficult to rebuild a structure when we are seeing the factionalism that is taking place in the ANC.

“Things deteriorated when then-President of ANCYL Julius Malema’s membership card was evoked and faced five-year suspension in 2011. He was pin-pointed as someone who led to the divisions within the youth structure,” Tau added.

The author stressed that existing Provincial Executive Committees seem to be relaxed instead of reviving the weakened youth league.

She says if no instant action is taken, this will lead to a total collapse of the organisation that was initiated by struggle stalwarts that used to stand for youth participation in politics. 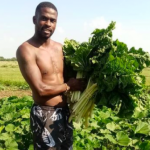 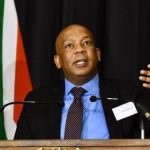 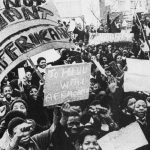